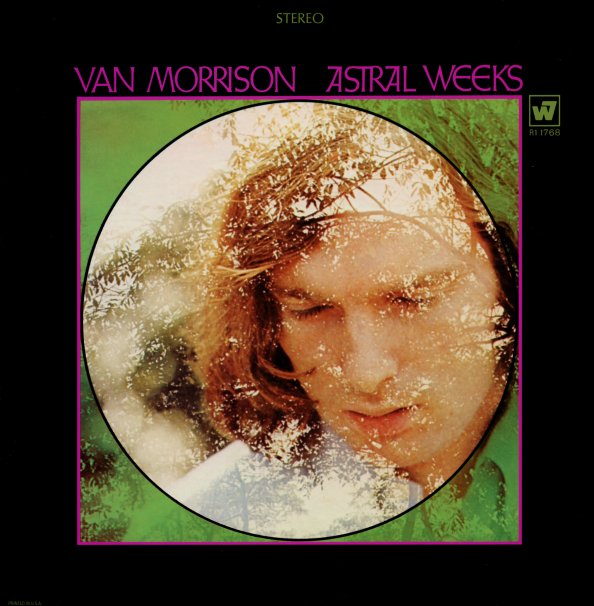 Van's debut album for Warner Brothers and a pretty radical departure from anything he'd done before – breaking all kinds of new ground for his own most creative work and helping pave the way for all kinds of hauntingly poetic rock, folk rock, and singer-songwriter records to come! It doesn't take hearing more than a few seconds of the opening title track, with Morrison's rawly passionate voice and spiritually yearning lyrics, to know this is a pretty remarkable creative leap from pop leaning sound of "Brown Eyed Girl" and other preceding efforts! It's almost folk jazz, arrangements wise, with flute and largely acoustic instrumentation, a really spontaneous feel to the sessions, and always hypnotic, seemingly stream of consciousness vocals by Van. As loose and spacious as the sound is, the emotional resonance is pretty heavy, and it's sequenced as a cycle: part one (In The Beginning) on side 1 and part two (Afterwards) on side 2. A stunner! Titles include "Astral Weeks", "Beside You", "Cyprus Avenue", "Sweet Thing", "Slim Slow Slider", and "Madame George".  © 1996-2021, Dusty Groove, Inc.