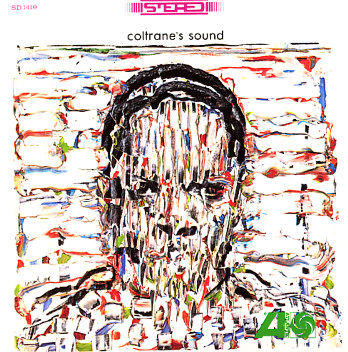 Also available
John Coltrane — Coltrane's Sound ... LP 49.99
One of the more obscure John Coltrane albums for Atlantic – but a beautiful batch of spiritual numbers that really show him pushing towards the sound of A Love Supreme! The date on the album's 1966, but the material was recorded earlier – in that key turning point year of 1960, when Coltrane really started to let loose with his new ideas – ideas so fresh, in fact, that they might have kept this record from getting released at the time! The group here features piano from McCoy Tyner, drums from Elvin Jones, and bass from Steve Davis – an oft-overlooked talent who did some amazing work with Coltrane during this brief time. The tracks are open, flowing, and filled with imagination – and Coltrane works both on tenor and soprano sax, on titles that include "Liberia", "Equinox", "Satellite", "Central Park West", and a classic reading of "The Night Has A Thousand Eyes".  © 1996-2023, Dusty Groove, Inc.
(180 gram 45rpm mastered pressing!)