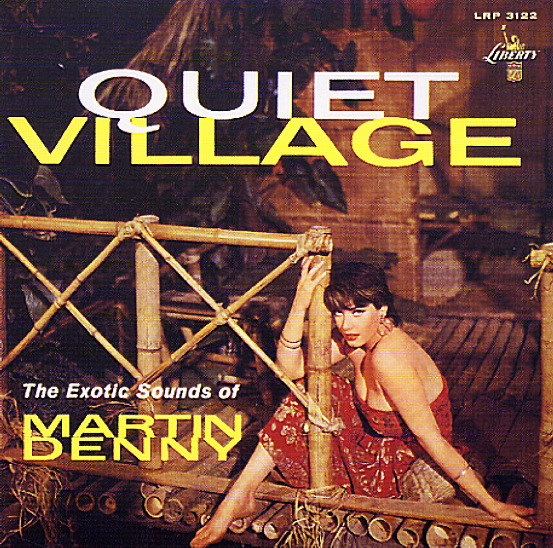 An undisputed classic in the exotica genre – and the record that yielded Martin Denny his biggest hit! The title track "Quiet Village" was originally written by Les Baxter, but it was Martin Denny's approach that really managed to send the tune over the top – using spare percussion, rhythmic piano, and just the right amount of vibes and bird calls to give the track a really haunting feel. That approach is echoed throughout the set – with shifting instrumentation that includes celeste, bongos, marimbas, and marimbula as well! Titles include "Quiet Village", "Paradise Found", "Sake Rock", "Martinique", "Tune From Rangoon", and "Pagan Love Song".  © 1996-2021, Dusty Groove, Inc.
(Black vinyl pressing.)

Music From Patch Cord Productions
Sacred Bones, Late 60s/Early 70s. New Copy (reissue)
LP...$18.99 (CD...$12.99)
A tremendous collection of work from moog maestro Mort Garson – a name you might know from projects like the Wozard Of Iz, Lucifer, or Ataraxia – stepping out here on some much more obscure recordings, including some that appear here for the first time ever! Garson was easily one of ... LP, Vinyl record album