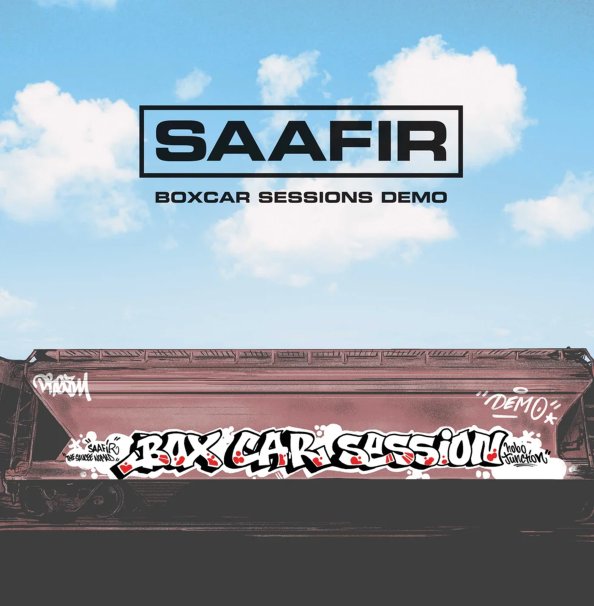 Unreleased tracks from the recordings for Saafir's Boxcar Sessions debut, plus rare early cuts from the vaults – all brought together here as a full length set that offers up a great prequel to his solo career! The cuts here are from a time when the Bay Area MC was coming off of collaborations with Digital Underground and Casual, and really making a stand on his own – on material that would have made plenty of waves on its own, were it issued before Boxcar Sessions! Titles include "Light Sleeper (OG Version)", "In The Future", "Heavyweight", "Running From 5.0", "Killen Kidz", "No Return (the set up)", "Ball Point", "Whomp 2000", "Prime Time After Seven", and "Bones".  © 1996-2021, Dusty Groove, Inc.
(Limited to 250 copies!)

Oeuvre EP
Dope Folks, 2000. New Copy
LP...$11.99
Myka 9 was one of the founding members of LA's fantastic Freestyle Fellowship back in the 90s – and this great short set focuses both on his later material, and offers up a new track as well! The bulk of the set has that intensity that Myka brought to the Fellowship – that moment when ... LP, Vinyl record album