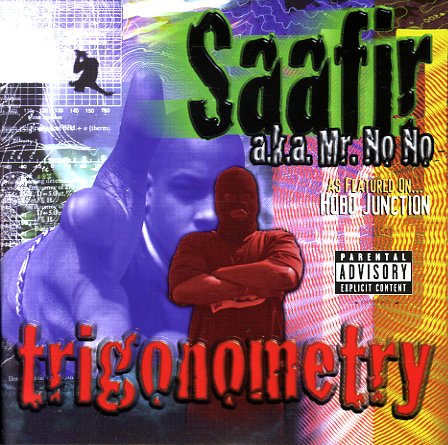 Just a few short years after Saafir's debut as a solo act – and a set that marks a really strong maturation in his sound! There's a sense of layering in both the production and the vocals that packs a punch from the very first track, and which holds strong throughout – with studio work from JZ, Porch Monkeys, J Groove, and Shock G. Titles include "I'm Saafir (The Saucee Nomad)", "JZ Theme", "Stay Hi", "Goin Home", "Major Knock", "Broad Minded", "Sendin U Signals", and "Street Scene". LP also adds in the tracks "Just Ridin" and "In A Vest".  © 1996-2021, Dusty Groove, Inc.
(First time on vinyl – limited to 400 copies!)