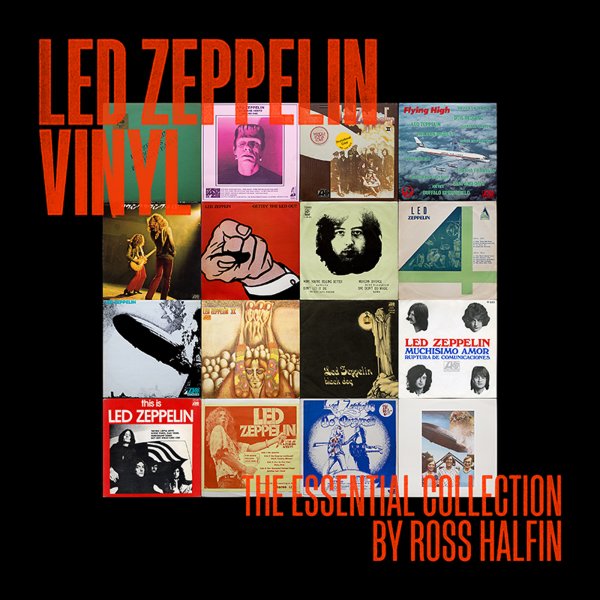 A totally cool book – and one that goes way past the familiar Led Zep images you may know from their classic records of the 70s – as this hefty volume is filled with strange an unusual covers for records that contain music by the band – rare imports, unusual pressings, and a huge amount of concert recordings as well! There's just a hint of what's inside on the cover – and the collection features Led Zeppelin records from around the world, both full LPs and 7" pic sleeves – some on black vinyl, others on colored vinyl and strange pressings – all lovingly collected, and served up here in full color images throughout! The book is heavy, hardcover, and features over 300 illustrations – oversize, and in glorious color.  © 1996-2022, Dusty Groove, Inc.