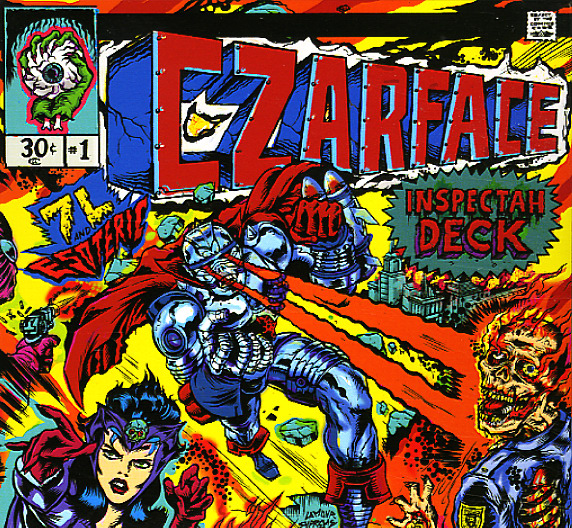 Every Hero Needs A Villain (with comic book)
Brick, 2015. New Copy 2LP
LP...$25.99 29.98
The superhero hip hop team of of Inspectah Deck, 7L, and Esoteric return as Czarface for epic second album from Brick Records! We thought the debut was ambitious, but this one's bigger in every way – and features a mighty roster of guests, including MF Doom, Method Man, Large Professor, GZA, ... LP, Vinyl record album