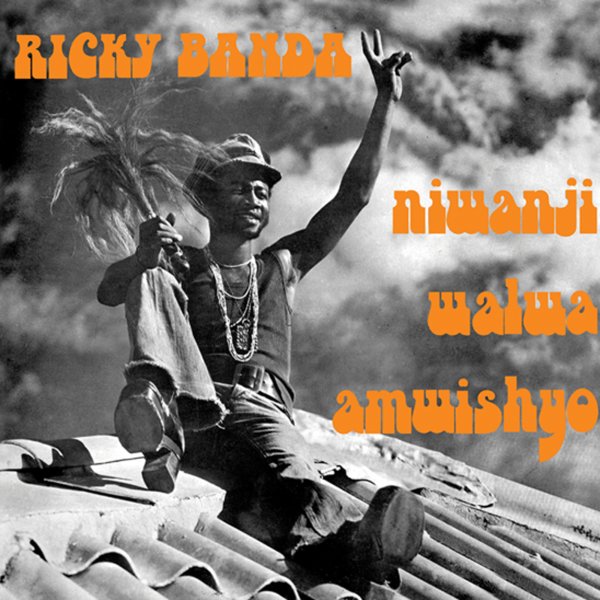 One of the moodiest albums we've ever heard from the Zamrock scene of the 70s – a record of slow-building tunes with a very personal vibe – all vocals and most instrumentation handled by Ricky Banda himself – in a style that's more intimate than other Zambian albums of the time! The style's not entirely folksy or singer/songwriter – but definitely stands in that territory in comparison to Zamrock group efforts of the time – psychedelic currents muted a bit, and focused in some slight instrumental elements, while the snakey progression of Ricky's vocals really carries the main weight of the record. Titles include "Let's Get Up Brothers", "Who's That Guy", "Yangu E Mwebaleya", "Away From Home", "I Believe The Man In The Sky", and "Mavuto".  © 1996-2022, Dusty Groove, Inc.