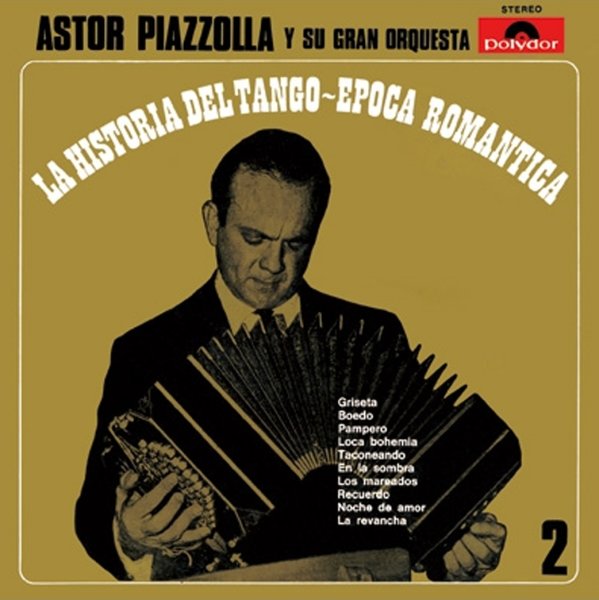 Astor Piazzolla takes on tango themes from the romantic era – but he explodes the music in the process, and fills it in with all these weird and wonderful modern elements that you never would have heard on the original Argentine singles! Piazzolla's own bandoneon is fantastic – a generator of sounds that few others could produce on the instrument – mixed with new arrangements that provide all sorts of dynamic, dramatic energy to the tunes – which really takes them wonderfully far from their roots, and puts them firmly in the territory of what you'd expect from an Astor Piazzolla album. Titles include "Griseta", "Pampero", "La Revancha", "Noche De Amor", "Recuerdo", "Los Mareados", and "En La Sombra". CD adds in seven more bonus tracks – including a few recorded with vocals from Egle Martin!  © 1996-2021, Dusty Groove, Inc.
(HQCD pressing!)