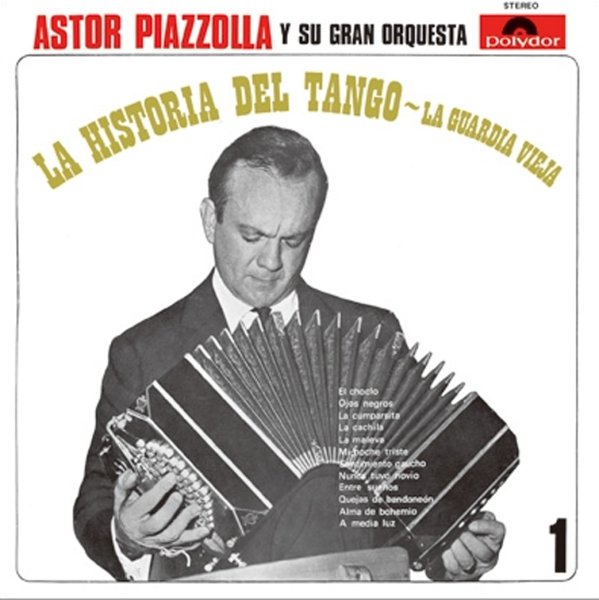 An amazing example of the genius of the legendary Astor Piazzolla – as the set has him taking older tune from Argentine music, and completely revising their presentation with all sorts of modern elements that he was using in his own music at the time! The tunes are from the 20s/30s stretch known as Guardia Vieja – but the presentation here is hardly the stuff of old 78rpm recordings – as Piazzolla uses fuller orchestrations that explode with all these dark colors and moody tones, while he solos over the top on bandoneon – often encouraging the same sort of explosive sounds from the other players that he was bringing to his own lines. Titles include "Nunca Tuvo Novio", "Sentimiento Gaucho", "A Media Luz", "Alma De Bohemio", "El Chocolo", "La Maleva", "Ojos Negros", and "Mi Noche Triste".  © 1996-2021, Dusty Groove, Inc.
(HQCD pressing!)