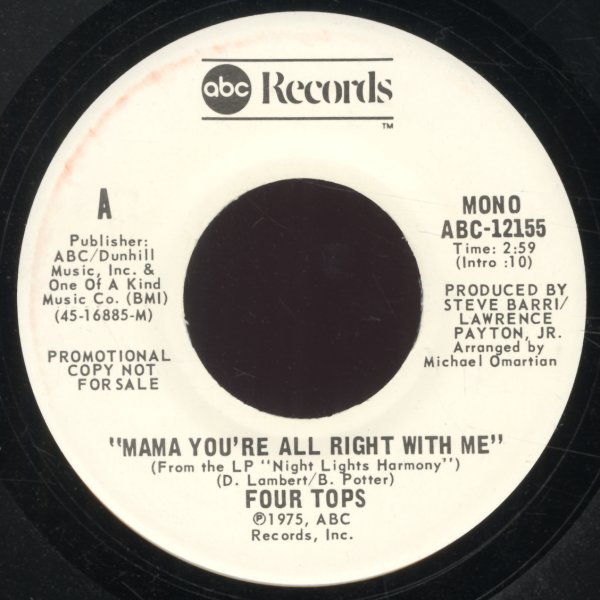 Mama You're All Right With Me (mono, stereo)