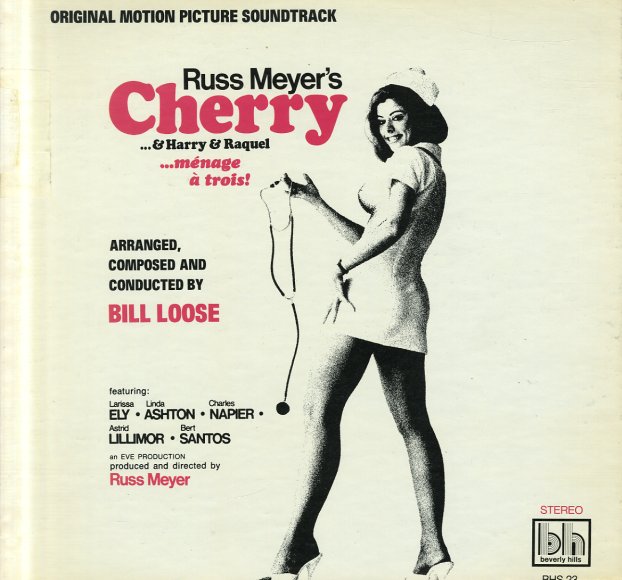 A fantastic sexy soundtrack from Bill Loose – scored for a Russ Meyer Sexploitation film, but handled with a care that goes way deeper than you might expect! Bill brings in some nice jazzy moments on organ and guitar – and there's also some Sunshine Pop-styled vocals at points – sometimes with lyrics, sometimes wordless singing in a cool harmony mode – all of which make the whole thing feel more like some higher-level rock-era score on a label like Uni or Tower! A few tunes are more romping and groovy – most likely for some of the sexier scenes in the film – and titles include "Toys Of Our Time", "Harry's Theme", "Here's Harry", "Cherry & Raquel", "Franklin & Cherry", and "Cherry's Theme".  © 1996-2022, Dusty Groove, Inc.
(45 rpm "Cherry" red vinyl pressing – limited to 750 copies!)