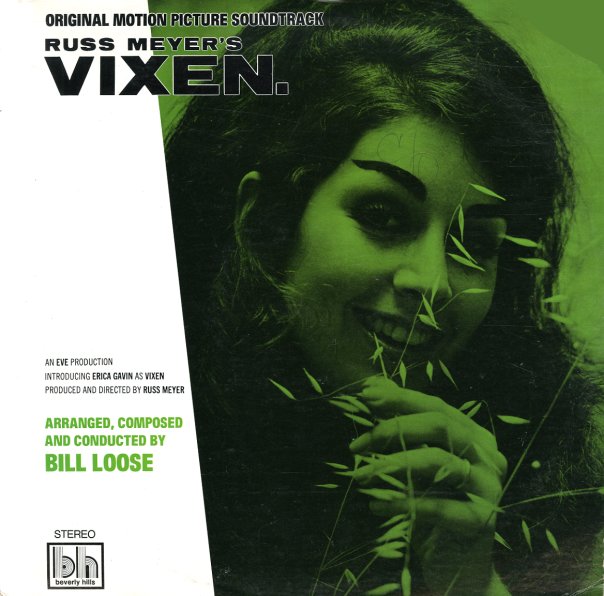 A tremendous soundtrack – nearly perfect in every way, and put together with a heck of a lot more care than the Russ Meyer film it was recorded to accompany! We honestly have never heard another Bill Loose score before, but with this one we'd rank him right up there with our favorites of the time – on both sides of the Atlantic! The main theme has some great electric harpsichord over sweeping strings and a brooding rhythm – and the harpsichord comes back on other tracks of the album – joining some really skittish drums, oddly-tuned guitar, and rolling basslines that give some of the best tracks an almost funky sort of feel. There's also a great sax player who brings in some wonderfully soulful undercurrents on some tracks – making for a really odd mix of modes, but which really sounds great. Titles include "Vixen Gets Excited", "Niles Threatens Vixen", "Janet's Theme", "Obanion's Theme", "Conversation Piece", and "Canadian Romp".  © 1996-2021, Dusty Groove, Inc.
(45 rpm neon green vinyl pressing – limited to 750 copies!)