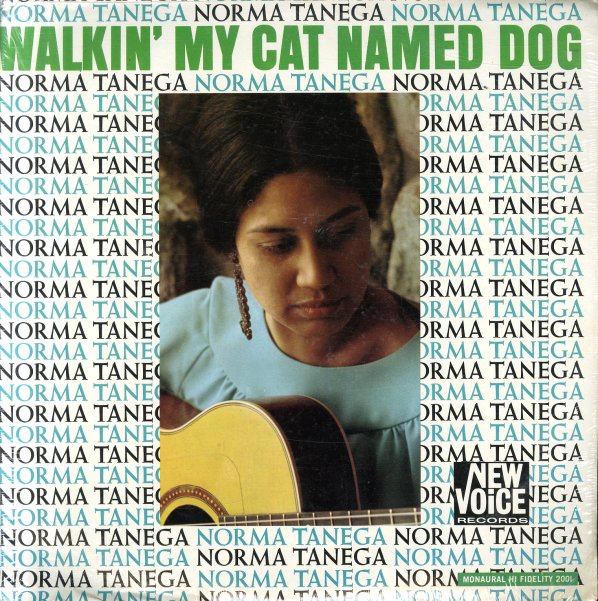 A really unique record from Norma Tanega – a singer with roots in folk, but who works here in a mode that's very much her own! Norma sings and plays acoustic guitar as pictured on the cover – but the song styles and production are often very different than you might expect – slightly psychedelic at times, especially on the more love-oriented lyrics – and given some unusual arrangements by Herb Bernstein, working here under Bob Crew – who uses subtle elements to expand things around the edges, without getting in Tanega's way – so that there's a trippy quality to the songs that really fits the naivete of the lyrics. Titles include "You're Dead", "Walkin My Cat Named Dog", "A Street That Rhymes At 6am", "I'm Dreamin A Dream", "What Are We Craving", "No Stranger Am I", and "Hey Girl". CD also features the bonus tracks "Bread" and "Run On The Run".  © 1996-2021, Dusty Groove, Inc.