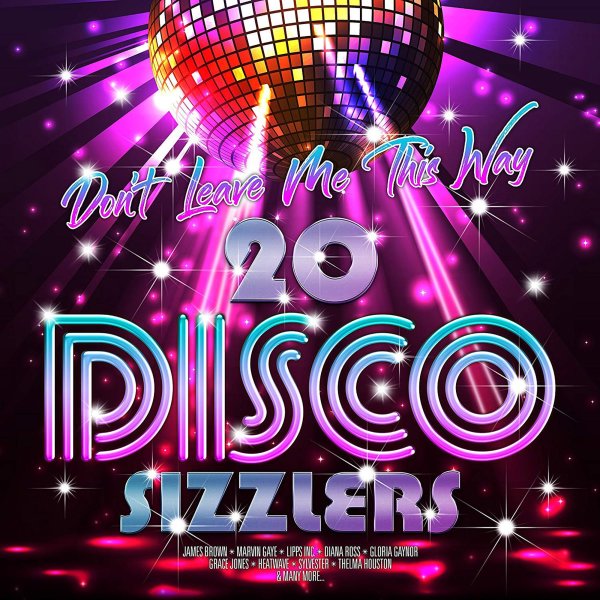 They got the "sizzlers" in the title right – and the set actually goes past just disco – as it brings together a nice range of upbeat and groovy tunes from the 70s – with a few surprises along the way! Titles include "Boogie Nights" by Heatwave, "Soul Makossa" by Manu Dibango, "Car Wash" by Rose Royce, "Adventures In Paradise" by Minnie Riperton, "Love's Theme" by Love Unlimited Orchestra, "You Make Me Feel Mighty Real" by Sylvester, "Fire" by Ohio Players, "Get Up Offa That Thing" by James Brown, "Let's Start The Dance" by Bohannon, "Love Hangover" by Diana Ross, "Don't Leave Me This Way" by Thelma Houston, "I Need A Man" by Grace Jones, "Can You Feel The Force" by The Real Thing, "Casanova" by Coffee, and "Got To Give It Up" by Marvin Gaye.  © 1996-2021, Dusty Groove, Inc.