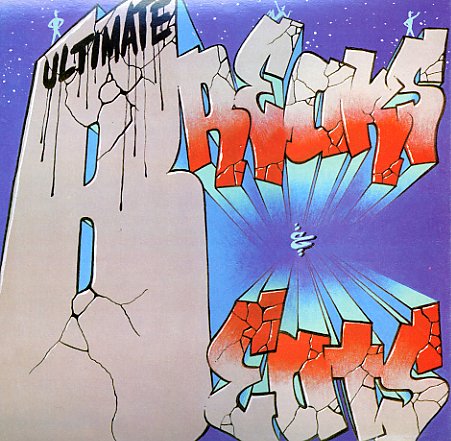 Heavy funk, deep grooves, and a great batch of essential tracks that have been sampled for years by key hip hoppers and DJs! By the time of this volume, the Ultimate Breaks series was really at the top of their game – and had moved beyond the obvious old school cuts, into a realm of key funky numbers from the 70s – tunes used to expand the sound of hip hop at the time, and which are brought together here in strong New York format years before Dusty Fingers or Strictly Breaks! Titles include Barrabas "Woman", Creative Source "Corazon", Southside Movement "Save The World", plus edited or extended versions of The JB's "The Grunt (Part 1)", Rufus Thomas "Do The Funky Penquin (Part 2)", Shotgun "Dynamite (The Bomb)" and Gary Numan "Films".  © 1996-2023, Dusty Groove, Inc.
(Original pressing. Cover and labels have a name in marker.)