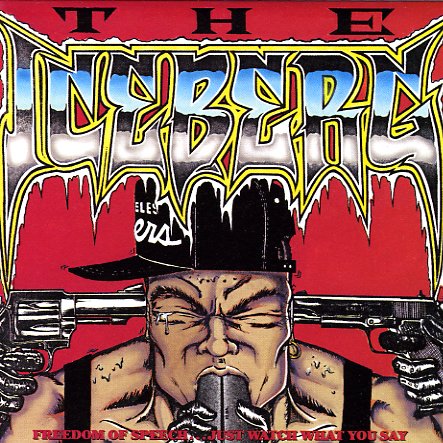 Ice T's third album, and a set that still has all the nicely biting style of his early best! The approach here is great – as political as the cover implies, but with a nice sense of wit, too – that quality that already made Ice stand so far apart from others who were getting mired down in their hardass stance – but without also ever sounding too flip about the subject matter. The balance is what soon brought him to Hollywood, but it's always got a lot more edge on record – served up here with superb production and beats from Afrika Islam. Titles include "You Played Yourself", "The Girl Tried To Kill Me", "Freedom Of Speech", "What Ya Wanna Do", "Hit The Deck", "Peel Their Caps Back", "Shut Up Be Happy", "Lethal Weapon", and "The Hunted Child".  © 1996-2022, Dusty Groove, Inc.
(Individually numbered limited edition – on heavyweight red translucent vinyl!)