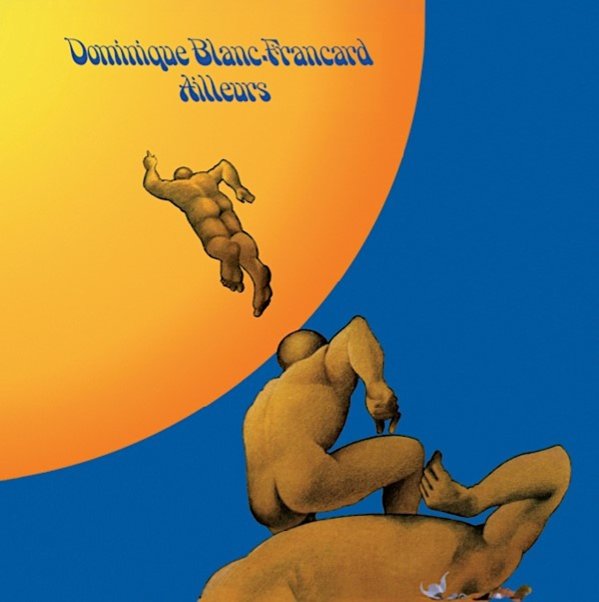 A hell of a record from the French scene of the early 70s – released by an artist who'd worked in the backdrop of many famous productions at the time, but who really bursts forth here with his own sort of special genius! The record is definitely a rock set, but often defies categorization, too – like some of those unique French recordings of the period, which were able to draw on so many different strands and styles at once – all without caring if they ever fell into any sort of specific genre! Instrumentation mixed acoustic guitar with freakier, fuzzier touches – and the sonic mix is sublime, with all these unusual elements percolating back and forth – really making the whole thing sound very different than anything from the Anglo world. Dominique handled most of the arrangements himself, recording at the legendary Studio Du Chateau D'Herouville, where he was in residence – and titles include "Il Est Fou", "Arrete De Rever", "Laissez Ce Reveil", "Ballade Extra Terrestre", "Icare", "Jeudi Je T'Aime", and "Ah Que C'Est Bon".  © 1996-2021, Dusty Groove, Inc.
(Comes with a bonus booklet of notes!)

MTV Unplugged In New York (180 gram pressing)
Geffen, 1994. New Copy (reissue)
LP...$23.99 25.98
Nirvana's classic session for MTV's Unplugged – slowing down the tempo and stripping away the feedback and squalling electric guitars of their early 90s classics – as well as showing Kurt Cobain's command of cover tunes! This is a set that blew expectations right out of the water. It ... LP, Vinyl record album