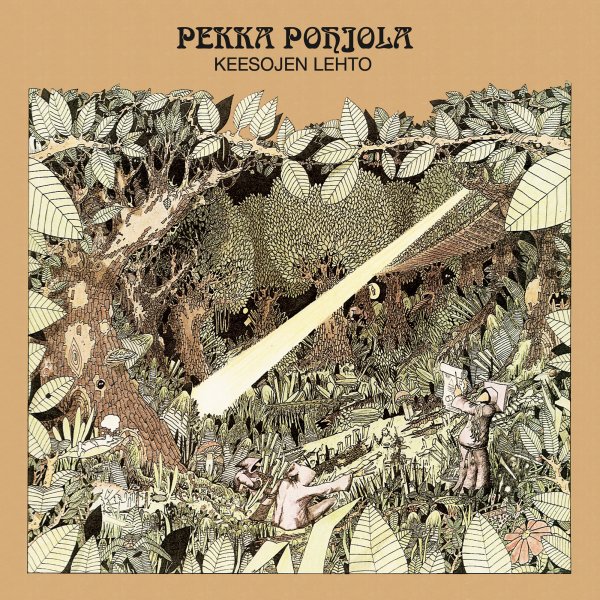 An international gem from Finnish bassist Pekka Pohjola – maybe no surprise, given that the record also features work from Mike Oldfield and Pierre Moerlin too! The presence of both of those players really gave the record a lot of global circulation back in the day – but the core sound is Pekka's own – very much the spirit of some of the hippest Love Records releases from Finland, and that label's groundbreaking blend of jazz fusion and proggish styles! The blend is very different from German or Italian work of the period – instrumentation that's never overdone, and which also includes Pekka on a variety of keyboards and piano too – next to drums and percussion from Moerlin, guitars from Oldfield, and some occasional vocals from Sally Oldfield – who's on two of the album's six tracks, leaving the rest as instrumental. Titles include "Varjojen Varaslahto", "Mathemaatikon Lentonaytos", "Kadet Suoristavat Veden", "Oivallettu Maktalhty", and "Paantaivuttelun Seuraukset".  © 1996-2021, Dusty Groove, Inc.

Original Sin
Scandia/Svart (Finland), 1971. New Copy Gatefold (reissue)
LP...$29.99 39.99
The rare fourth album from Finnish reed legend Eero Koivistoinen – his first on a proper jazz label, but still a pretty darn obscure set overall! Although only 25 at the time, Eero's already showing a real maturity in both his solo structures, and his overall conception of his music – ... LP, Vinyl record album