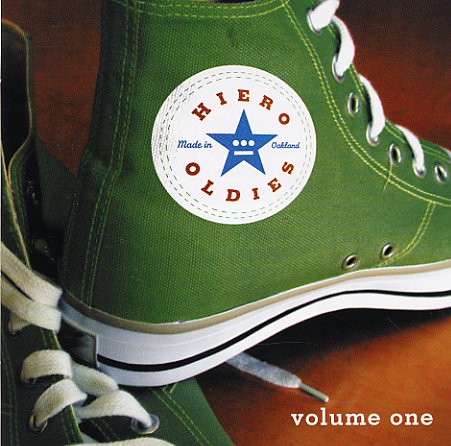 Ahh, the 90s and early 00's greatness of Oakland's finest hip hop collective! This set spans the best indie era singles from the longstanding Hiero Imperium – and this volume includes "Souls Of Mischief" by Souls Of Mischief, "It Gets No Better" by Casual & Pep Love, "What Do You Say" by Del, "Gotta Lotta" by Casual, "Everyday Of The Week" by Pep Love & Jay Biz, "Let It Ride" by Tajai & Extra Prolific, "Step To My Girl" by the Souls Of Mischief, "Where They At" by Casual, "Nowadays" by Del, and "Reckless" by Pep Love & Jay Biz.  © 1996-2021, Dusty Groove, Inc.