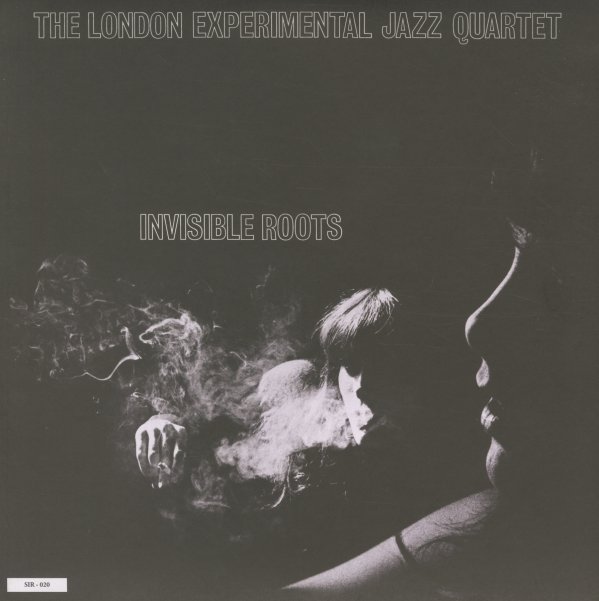 That's London, Ontario – not London, England – which means that the group have an even more far-flung sound than you might expect! The album's a brilliant and overlooked gem from the Canadian scene of the 70s – really mindblowing music by a group who are equally great at grooving, and at taking things very far outside – mixing together modes that are sometimes highly rhythmic, other times very loose and freewheeling! We're really not familiar with any of the players from later projects at all – but they're clearly a very hip batch of younger musicians who come together and sparkle brilliantly for this rare set – with a mix of soprano and alto sax, wood flute, cello, piano, bass, funky drums, vibes, and even some other cool effects that really make the record a treat throughout! Titles include the funky gem "Destroy The Nihilist Picnic", plus much more outside material that includes "Time Is Of The Essence", "Edible Wallpaper", "Ron Martin Special With Mustard", "Spain Is For Old Ladies", and "Jazz Widow Waltz".  © 1996-2021, Dusty Groove, Inc.

Konkan Dance (180 gram pressing)
Roundtable (Australia), 1972. New Copy
LP...$32.99
A previously unissued album from Indian guitarist Amancio D'Silva – recorded during his legendary run of work at Lansdowne Studios, but making its first-ever appearance here! The work on the set is every bit as far-reaching and progressive as some of D'Silva's official releases – and ... LP, Vinyl record album

This Is Jamaica Ska
Studio One, Late 60s. New Copy (reissue)
LP...$20.99 21.99 (CD...$14.99)
Jamaican Ska, and a whole lot more – a key batch of early Studio One recordings that show just how many styles were criss-crossing in Kingston at the time! There's definitely lots of rhythms here that would make a rude boy happy, but there's also some richly soulful vocals that point the way ... LP, Vinyl record album