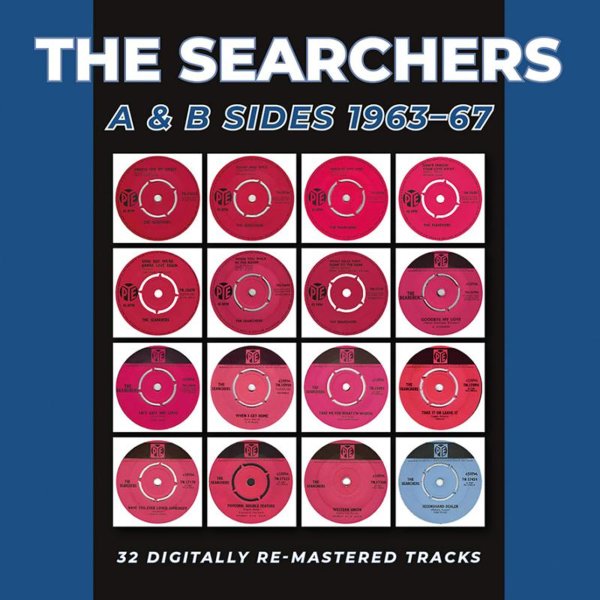 The first-ever full collection of all the groovy singles The Searchers recorded for the Pye Records label in the 60s – a 32 track set that includes both the a and b-side of every 7" release for the label! The Searchers were one of the leading lights of the early British invasion – a group who could harmonize as well as The Beatles, and who had a similar knack for turning out catchy tunes that packed plenty of punch, and which were a nicely stripped-down contrast to some of the more overblown production of American pop of the time! In addition to penning their own tunes, the group often covered work by American artists – taking US tunes and giving them a Brit Invasion flavor in a really great way – thanks to a lean sound, and lots of well-tuned guitar lines! Titles include "Western Union", "Second Hand Dealer", "Crazy Dreams", "This Feeling Inside", "I Pretend I'm With You", "Saturday Night Out", "When You Walk In The Room", "Sugar & Spice", "It's All Been A Dream", "Saints & Searchers", "I'm Never Coming Back", "Too Many Miles", and "Lovers".  © 1996-2022, Dusty Groove, Inc.