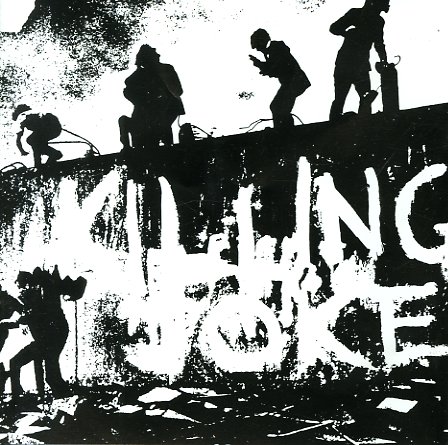 The classic debut of Killing Joke – a key set during the post-punk years, and a record that also set the tone for countless dark scenes for years to come! At this point, the group aren't too far from Joy Division – with very stark, almost stiff rhythms, topped with just the right amount of fuzz on the guitar and darkness in the production – handled pretty well by the group themselves, as if they had Martin Hannett with them in the studio! The pace picks up from time to time, almost a bit of Bauhaus too – and at this point in their career, Killing Joke are certainly very worthy comparisons to those other two groups! Titles include "Tomorrow's World", "Complications", "Requiem", "Change", "Primitive", "The Wait", and "Bloodsport".  © 1996-2021, Dusty Groove, Inc.