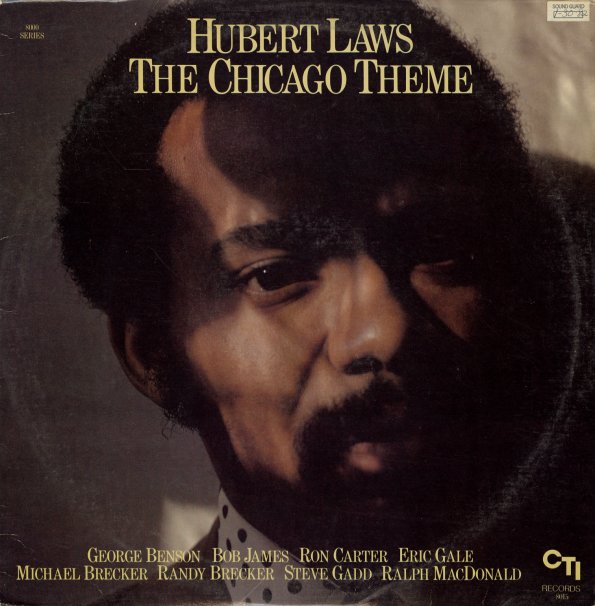 One of Hubert Laws' funkiest records for CTI – recorded with a full group funky style that's plenty darn great, and a lot harder-hitting than some of Hubert's more laidback sessions for the label! Arrangements are by Bob James and Laws – working here with a large batch of players who come together beautifully, almost in the style of a funky 70s cop show soundtrack! James plays keyboards, and other players include George Benson, Phil Upchurch, Stanley Clarke, Randy Brecker, Don Grolnick, and Ron Carter – on titles that include James' own "Chicago Theme", a great cover of "Midnight At The Oasis" with wonderful drums from Steve Gadd, who also kicks it nice and large on Laws' own "I Had A Dream". Other tracks include "Going Home", "I Had A Dream", and "Inflation Chaser".  © 1996-2021, Dusty Groove, Inc.
(Later pressing in a non-gatefold portrait cover, CTI 8015. Cover has some ring & edge wear and a small sticker at the top right corner.)