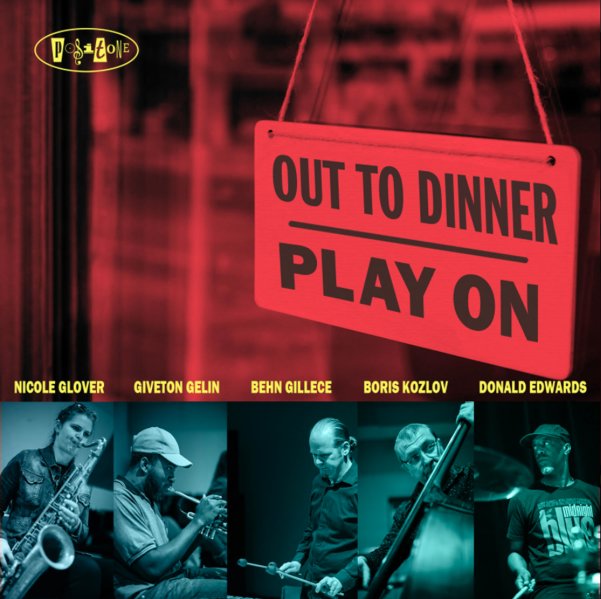 Great work from Out To Dinner – an all-star group who certainly weren't out to lunch when this set was recorded – as it's got all the sharp crackle of some of the members' other work on the Posi-Tone label! The lineup is a bit different than the previous record, but every bit as wonderful – theses bold colors from the vibes of Behn Gillece, soulful flow from the tenor of Nicole Glover, well-punctuated trumpet from Giveton Gelin, round bass from Boris Kozlov, and sharply snapping drums from Donald Edwards – joined by the alto sax of Patrick Cornelius on three of the album's thirteen tracks. Tunes are all relatively short – between four and six minutes – but are mostly originals from group members, and really pack a lot of imagination into a short space. Titles include "Asami's Playland", "Random", "The Essential Passion", "Abe Duct", "Something From Nothing", "Rebecca's Dance", and "Into The Shadows".  © 1996-2021, Dusty Groove, Inc.