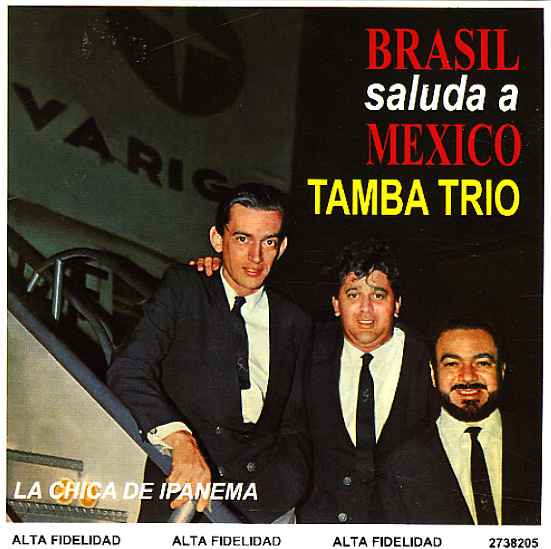 Brazil salutes Mexico – in a rare little album from the legendary Tamba Trio! The album's a rare Mexican release from the group – and was later issued as a self-titled set in Brazil in 1968 – but this original package is the first release of this great material! The record is one of the most obscure Tamba Trio albums of the 60s, a set that has the classic combo doing some heavenly takes on more familiar bossa numbers of the time – recorded right before the group's sides for A&M in the US at the end of the 60s – and filled with the kind of sophisticated shadings, unusual timings, and warmly chromatic harmony vocals that really made the Tamba Trio stand part from the rest of their Brazilian contemporaries. Most numbers are relatively straight ahead, but they've got these little twists and turns that are really amazing – and even though the songs are mostly familiar, they still come off here with a very fresh feel! Titles include "Garota De Ipanema" (retitled "La Chica De Ipanema"!), "So Danco Samba", "Berimbau", "Corcovado", "Consolacao", and "Desafinado".  © 1996-2021, Dusty Groove, Inc.
(Original mono Mexican pressing. Vinyl plays with some crackles on Side 1. Cover has split seams with yellowed tape remnants and some peeling along the top.)