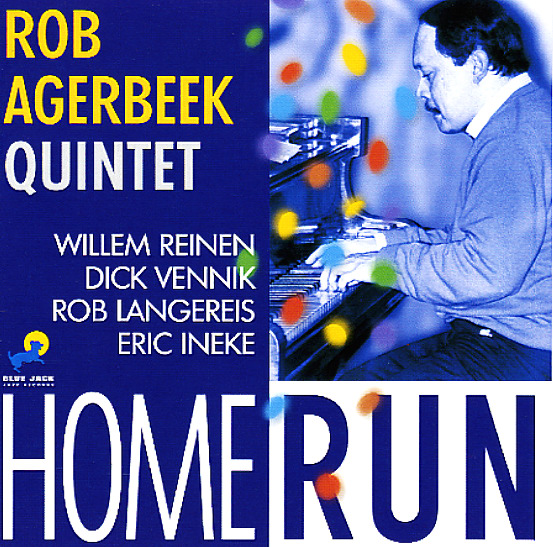 A definite home run from Dutch pianist Rob Agerbeek – a hip set recorded in 1971, and one that's done with a very soulful groove! The group's a quintet, and Rob really sparkles in this setting – pushing the players with a subtle skill that recalls Horace Silver at his Blue Note best – especially in the way that Agerbeek mixes upbeat grooving with more sensitive sounds on the set! Other players include Dick Vennik on tenor and flute, Willem Reinen on flugelhorn, Rob Langereis on bass, and Eric Ineke on drums – a really great group of players who fit toghether wonderfully here – pushing the grooves of the tunes strongly forward with warm energy, but also breaking out with some sharp solos of their own. Titles include the funky classic "The Chair Dance" – plus "Little Miss Dee", "Just Robbish", "Minor Rush", and "The Blue Countess".  © 1996-2021, Dusty Groove, Inc.
(Part of the "Jazz Premium Seats – Rare Jazz – Live & Sessions" series!)