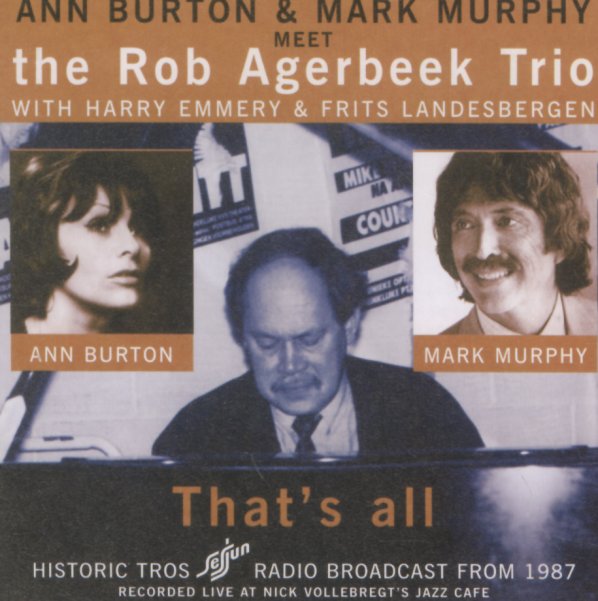 An easygoing live set from vocalist Ann Burton – one that has her working with the trio of pianist Rob Agerbeek, and which features a few guest appearances from Mark Murphy! The whole thing's got an approach that makes you feel like you're right in the club with Ann – as Rob's trio handle a few titles instrumentally, then Ann steps in for vocals, and Mark Murphy makes a surprise appearance at the end. Recording quality is great – clean and clear, but never too much so to lose the spontaneity of the performance – and Ann herself is especially wonderful in the way she slides easily into the tunes, and sings them with a lively punch that really gives them a bit of new life. Titles include "Dreamer", "Blue Bossa", "Time Was", "My Gentleman Friend", "My Buddy", "I Wish I Were In Love Again", and "That's All".  © 1996-2021, Dusty Groove, Inc.
(Part of the "Jazz Premium Seats – Rare Jazz – Live & Sessions" series!)

Chiko
Aketa's Disk/Ultra Vybe (Japan), 1979. New Copy
CD...$14.99
An unusual vocal jazz session from the Japanese scene of the 70s – a record that's a bit different than some of the more staid readings of standards at the time, as singer Chiko Honda has a really nice bite to her style – and works with a small, rough-edged combo too! We might say ... CD