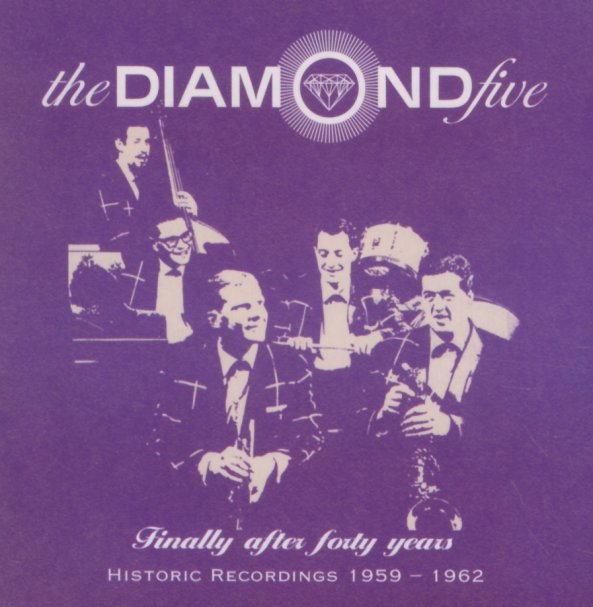 Fantastic work from one of the hippest Dutch jazz combos at the start of the 60s – the legendary Diamond Five, maybe best known for a famous album on the Fontana label, but equally great here in a set of unheard recordings from the same period! The vibe is modernist hardbop, and the lineup is wonderful – Cees Slinger on piano, Cees Small on trumpet, Harry Verbeke on tenor, Jacques Schols on bass, and John Engels on drums – all top-shelf players in their own right, sounding even better here together – with the creative clarity and focus of some lost Blue Note date! Titles include "LMR", "Lita's Dance", "Diamondate", "Alone Together", "Jordu", "Never Mind", "Les Halles", and "Amsterdam Blues".  © 1996-2021, Dusty Groove, Inc.
(Part of the "Jazz Premium Seats – Rare Jazz – Live & Sessions" series!)