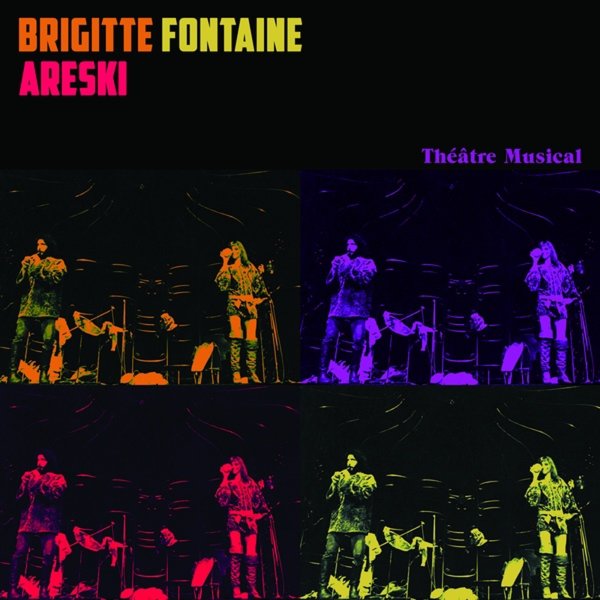 One of the most obscure recordings by this amazing duo – singers Brigitte Fontaine and Areski, who you might know best from their work on the legendary Saravah Records at the start of the 70s! The work here isn't musical theater, but was instead recorded for French radio in 1973 – and is maybe even more experimental than some of the duo's other albums of the time – still this amazing blend of poetic lyrics, matched-up voices, and light acoustic instrumentation – but sometimes less song-based than at other points – with Fontaine really bringing a lot of subtle drama into her performance! The whole thing is beautiful – a much-needed addition to the small catalog of this legendary duo – on titles that include "Le Silence", "Intermede Theatral Part 1", "Nous Avons Tant Parle", "Bali", "Le Dragon", "Six Septembre", "Eros", and "La Renarde Et Le Belier Touffu".  © 1996-2022, Dusty Groove, Inc.
(Individually numbered limited edition of 1000 – on purple vinyl – with bonus poster!)