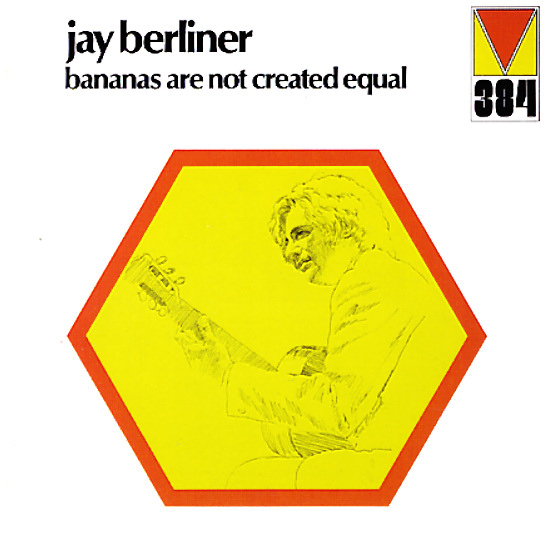 Bananas Are Not Created Equal

A silly title, but a funky little record – one of the only ones we've ever seen from guitarist Jay Berliner, and one of the best cookers from the early 70s Mainstream Records years! The sound here is almost soundtrack funk at points – lots of up-front lines from Berliner on guitar – riffing away over backings that include organ and keyboards from Paul Griffin, congas from Ray Barretto, drums from Jimmy Johnson, and additional rhythm guitar from Cornell Dupree. Wade Marcus arranged, and the sound is tight without being slick – a great sort of Kudu Records-styled groove – and an especially nice setting for Jay's guitar. Titles include "Getting The Message", "Stickball", "I'm Still In Love With You", "I Just Want To Be There", "Papa Was A Rolling Stone", and a nice cover of Bill Withers' "Use Me"!  © 1996-2021, Dusty Groove, Inc.
(Out of print, P-Vine "Return Of Jazz Funk" pressing – includes obi!)

Power Of Positive Swinging
Mainstream, Mid 60s. Used
CD...$5.99
Wonderful work from one of Clark Terry's best periods – and the kind of stripped-down swinging 60s set that really lets him show his most soulful side! The group features Terry on both trumpet and flugelhorn – working in co-leadership with Bob Brookmeyer on trombone – supported ... CD

Complete Studio Recordings (Clark Terry/Bob Brookmeyer Quintet/Power Of Positive Thinking/Gingerbread Men)
Mainstream/Lonehill (Spain), Mid 60s. Used 2CD
CD...$13.99
Genius work from one of the most solid groups in 60s jazz – the quintet co-led by trumpeter Clark Terry and trombonist Bob Brookmeyer – a legendary ensemble that drew on the best talents of both players, but grew into something greater! Brookmeyer's playing valve trombone throughout on ... CD

Skipper At Home (Japanese paper sleeve edition)
Black Jazz/P-Vine (Japan), 1974. Used
CD...$29.99 (CD...$12.99, LP...$22.99)
Brilliant basswork from Henry Franklin – one of the hippest cats handling his instrument on the west coast in the 70s – working here with a wicked ensemble of soulful, righteous players! Franlin's bass sets the tone of the record right from the very first note – but the album's a ... CD