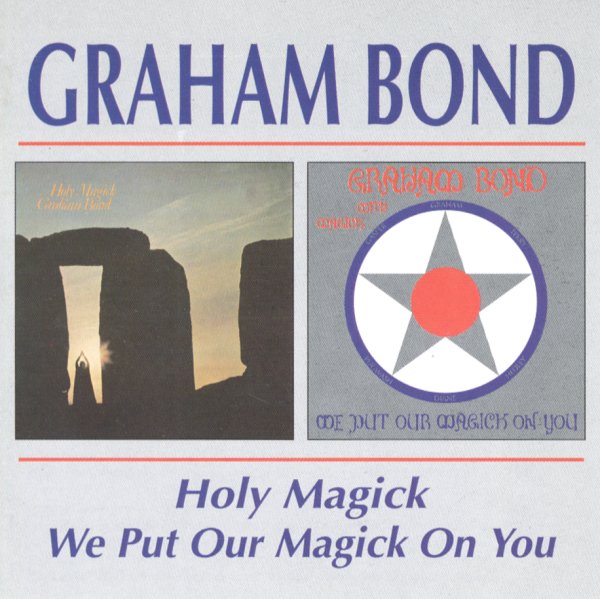 Holy Magick/We Put Our Magick On You

By the end of the 60s, Brit jazz/beat player Graham Bond had made the shift, like so many other UK contemporaries, from straighter material to sounds that had a more rock-based influence. In a way, since Bond had started out in an earlier mix of rock and jazz, one that was more R&B influenced, he was probably the most successful of his era in this manner – but he'd also taken a very strange turn towards the mystical by this point, and was adding in a lot of hippy dippy (and possibly Kenneth Anger-influenced) references to magick and otherworldly forces. At the core of this stuff, there's some strong jazz-based playing, but there's also a fair bit of vocals that are fine if you dig prog/jazz/avant rock lyrics, especially of the Brit jazz rock variety. Titles include "Forbidden Fruit", "I Put My Magick On You", "Praise City of Light", "The Word Of Aeon", "The Qabalistic Cross", and "The Pentagram Ritual". 26 tracks in all, with the original notes from both LPs!  © 1996-2021, Dusty Groove, Inc.

Alive II
Casablanca/Mercury, 1977. Used 2 CDs
CD...$8.99
A classic double-live set from Kiss – issued almost hot on the heels of their Kiss Alive album, and equally great! The group are at the height of their 70s power here – searing through versions of "Detroit Rock City", "I Stole Your Love", "Beth", "God ... CD