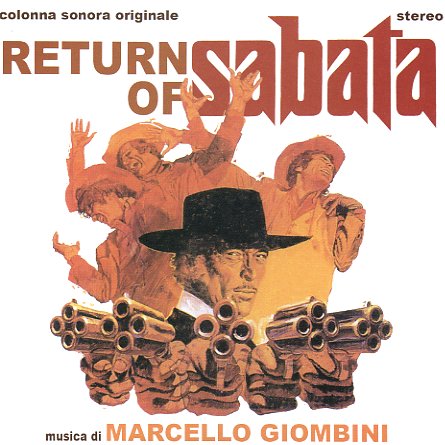 The return of Lee Van Cleef's Sabata – presented here in a soundtrack that's even groovier than the music from the first film! The title tune is especially wonderful – a killer soundtrack groove with a mix of English lyrics and scatting vocals from I Cantori Moderni – easily one of the grooviest tunes the group ever recorded! Other tunes have a groovy undercurrent too – romping basslines and piano bits, and weird strings and sounds folded together beautifully – making for music that's as compelling as the movie, even when heard far away from the images on the screen. This reissue includes a few previously unreleased bonus tracks – making for 18 tracks in all!  © 1996-2021, Dusty Groove, Inc.
(Out of print, 2009 Japanese pressing.)

Saxana – Girl On A Broomstick
Finders Keepers/B- Music, Early 70s. Used
CD...$9.99
An amazing psych funk score by Angelo Michajlov – a trippy, but nicely grooving set of space jazz & funk inflective 70s soundtrack grooves for Divka Na Kosteti – a Czechoslovakian flick about a teenage witch! The music is fantastic, a mix of some of the more cheeky, fun and funky ... CD