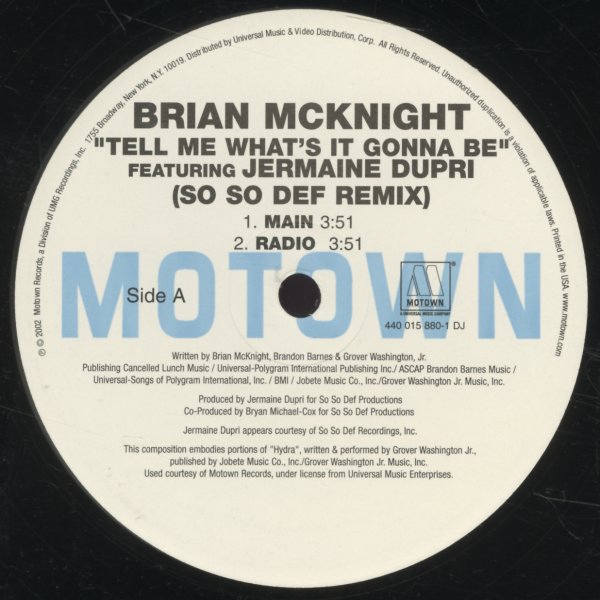 Tell Me What's It Gonna Be (So So Def Remix) (main, radio, inst, acapella)