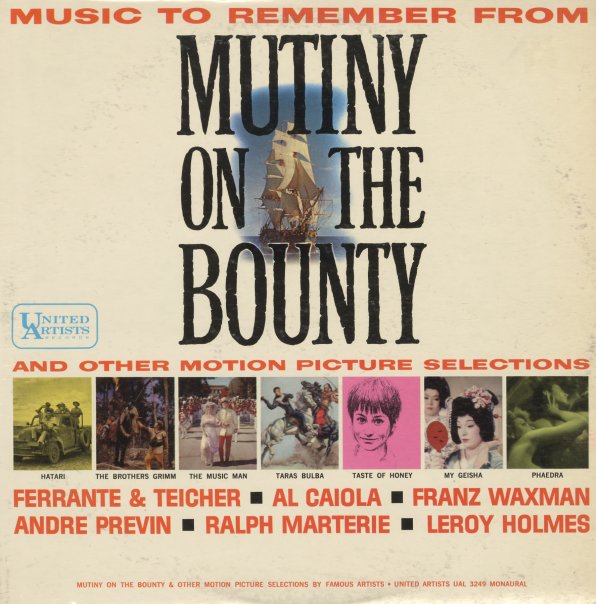 Music To Remember From Mutiny On The Bounty

Man & A Woman (Second Version)
United Artists, 1966. Very Good
LP...$3.99
A nicely different take on one of our favorite soundtracks of all time! We're not entirely sure what the status of this one is – but it sounds a lot like the original version, except that some of the instruments seem to be a bit transposed in the mix. Our guess is that United Artists wanted ... LP, Vinyl record album

Popi
United Artists, 1969. Near Mint-
LP...$2.99
One of the grooviest soundtracks ever written by Dominic Frontiere – for this strange little comedy starring Alan Arkin as a father who's trying to give his kids away! The tracks have a sweeping groovy approach – large orchestrations, sunny, bouncy, with some strings mixed in with ... LP, Vinyl record album

From Russia With Love
United Artists, 1963. Very Good+
LP...$5.99
One of John Barry's earliest scores for Bond – when his style was nice and raw, and when the Bond theme couldn't be heard enough throughout the course of the movie! Matt Munro sings the lyrics to the forgotten title hit – and other tracks include "James Bond Theme", "Tani ... LP, Vinyl record album