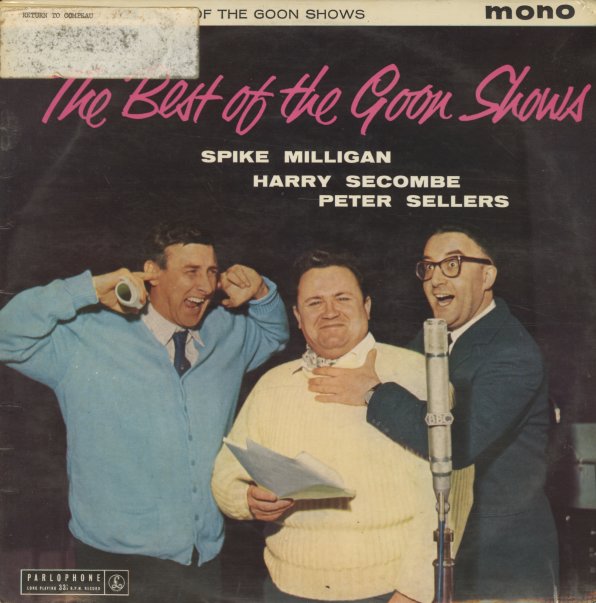 Best Of The Goon Shows

(Original mono pressing. Cover has some edge wear, an index label and some clear tape at the top left, some gloss separation along the spine, a small split in the bottom seam, and some pen and marker on back.)