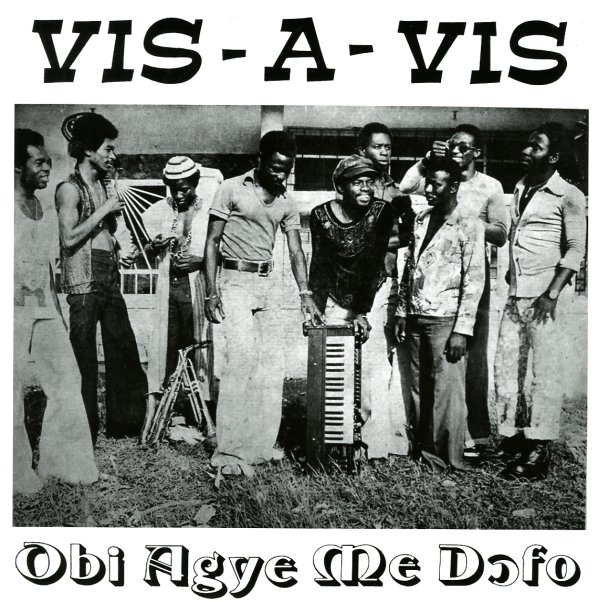 Incredible late work from the great West African dance band Vis-A-Vis – a brilliant set from 1977 that demonstrates good and well why the band were so greatly in demand both live and in the studio! The group had spent quite a bit of time backing the great Ghanaian singer K. Frimpong in the mid-to-late 70s, sometimes billed as the Cubano Fiestas, but as you're hear on this great set, they're just as great out on their own. They show a pretty amazing range – with a raw, yet dexterous African funk sound on some numbers and the entwining melodies of high life on others. The 12-piece group features a trio of vocalists led by "Superstar" Isaac Yeboah, plus Anthony Yeboah and Ayim Bediako, with Sammy Cropper on guitar, Slim Mau on bass, drummer Gybson "Shaolin Kung-Fu" Papra, George Asante on conga, Tonny Dozis on keys and synth, Kofi Abrokwaa on tenor sax, Paul Winter on trumpet, Daniel Asare on maracas and Alex Jubin on cowbells. Includes "Obi Agye Me Dofo", "Kankyema", "Gyae Su", "Gladys Mmbobor" and "Susan Suo".  © 1996-2021, Dusty Groove, Inc.