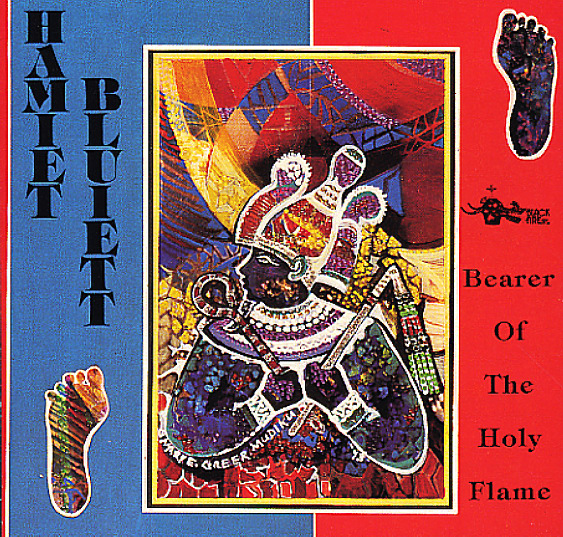 A great set from saxophonist Hamiet Bluiett – almost back to his roots in the St Louis underground scene, as the album's a live recording of long spiritual jazz tracks, arguably a lot more compelling than most of Bluiett's studio work from the time! The album was recorded at Sweet Basil in 1983 – with a group that features John Hicks on piano, Fred Hopkins on bass, Marvin Smitty Smith on drums, and Chief Bey playing some extra African percussion. Bluiett's tone is wonderful – deep and round, but also raspy, almost in the manner of Pharoah Sanders – and the group plays an incredible version of Wayne Shorter's "Footprints", a nice take on Curtis Lundy's "Gumbo", and the cuts "Song Song", "Ebu", and "Headless Blues".  © 1996-2022, Dusty Groove, Inc.

Live At Carlos I
Just A Memory/Ultra Vybe (Japan), 1996. New Copy
CD...$16.99 19.99 (CD...$12.99)
A really hard-burning live session – recorded in the 90s, but with all the bite and fire of some of the best Hamiet Bluiett sessions from the previous decade! There's a long-spun, spiritual vibe going on here – tracks that use familiar instrumentation, but really find a way to soar ... CD