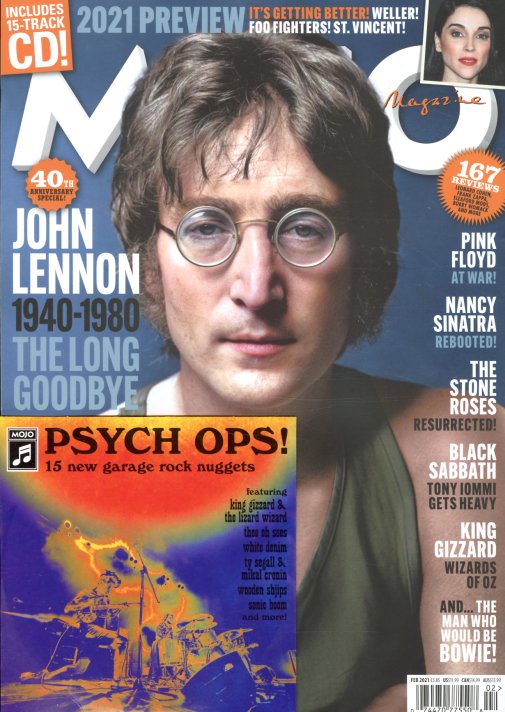 It's been 50 years since John Lennon left this planet – and this issue of Mojo looks back at his too-short life and his rich legacy of music – alongside other features on Nancy Sinatra, Stone Roses, Pink Floyd, Black Sabbath, King Gizzard, and others – along with a preview of music to come in the year 2021! As usual, there's a huge amount of record reviews – really our favorite part of the magazine – and the issue comes with a bonus CD that features 15 tracks by Sonic Boom, Wooden Shjips, Ty Segall & Mikal Cronin, Thee Oh Sees, King Gizzard, and others.  © 1996-2021, Dusty Groove, Inc.

Issue 444 – February 2021
Wire, 2021. New Copy
Magazine...$10.99
That's South African pianist Thandi Ntuli on the cover, alongside Siyabonga Mthembu, who you might know as the vocalist for Shabaka & The Ancestors – coming together to talk about the huge wave of new jazz activity on the South African scene! The issue also has a look at Chinese multi-ins ... Magazine