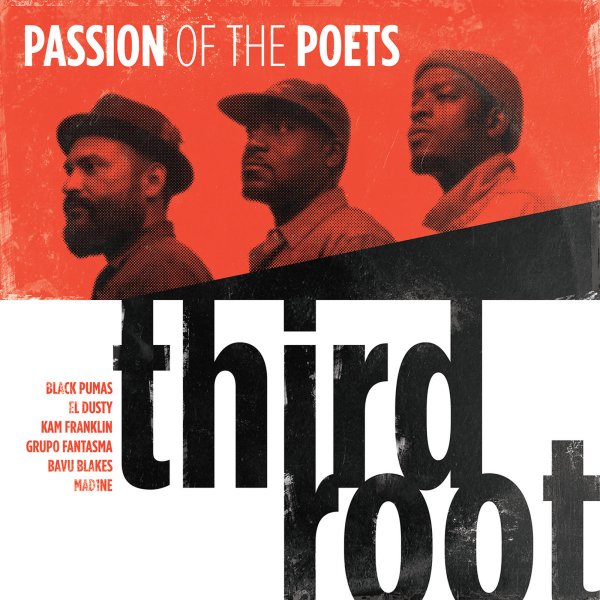 Passion Of The Poets

Knowledge-heavy hip hop from the Texas trio of Easy Lee, MexStep, and DJ Chicken George – working here with some heavy help from a lineup of guests that includes Black Pumas and Grupo Fantasma! Producer Adrian Quesada, the powerhouse between those two acts, is on hand as producer for a fair bit of the record – bringing in his special blend of funk and soul roots, with that genre-stepping quality he's known for – perfect here for the conscious rhymes of Third Root. The whole thing hearkens back to an early 90s level of edutainment – and features additional production from El Dusty, and guest work from Madine and Kam Franklin too. Titles include "Born To Rhyme", "Spring Groove", "The Next Kendrick", "BBG", "MexStep 4 President", "Summer Groove", "Fantasma Horns", and "The Last Triumvirate".  © 1996-2021, Dusty Groove, Inc.