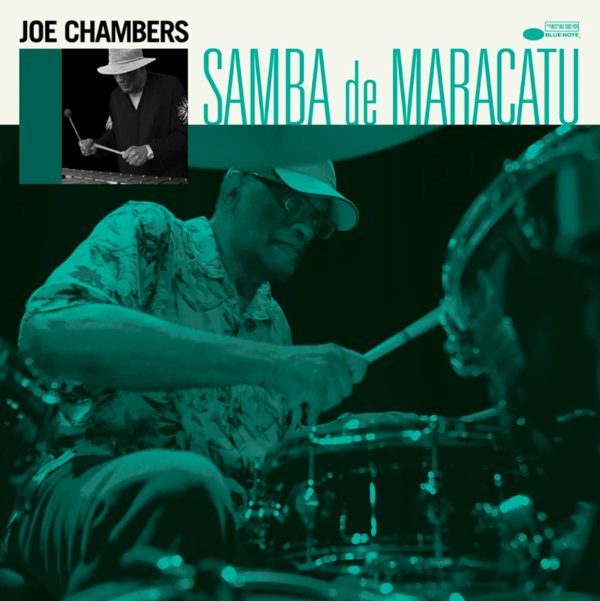 The great drummer Joe Chambers is one of the few Blue Note greats from the 60s who's still making groundbreaking records for the label – and although we don't hear from him often, each new record from Joe continues to be a delight! This set features Chambers not just on drums, but also vibes and a range of percussion – including Brazilian instruments that he uses to flesh out the grooves in the spirit of the title – not straight Brazilian rhythms, but the kind of soulful modern jazz that Joe has always given us, inflected with work on guiro, cuica, congas, and other percussion instruments. The group here is just a trio – Steve Haines on bass and Brad Merritt on piano and keyboards – but the sound is hardly that of a trio record at all, thanks to inventive arrangements from Joe that really expand on the rhythms first, the other elements second. One track features vocals from Stephanie Jordan, another from MC Parrain – and titles include "Sabah El Nur", "Visions", "Ecaroh", "Circles", "Samba De Maracatu", "Rio", "New York State Of Mind Rain", and "Never Let Me Go".  © 1996-2021, Dusty Groove, Inc.