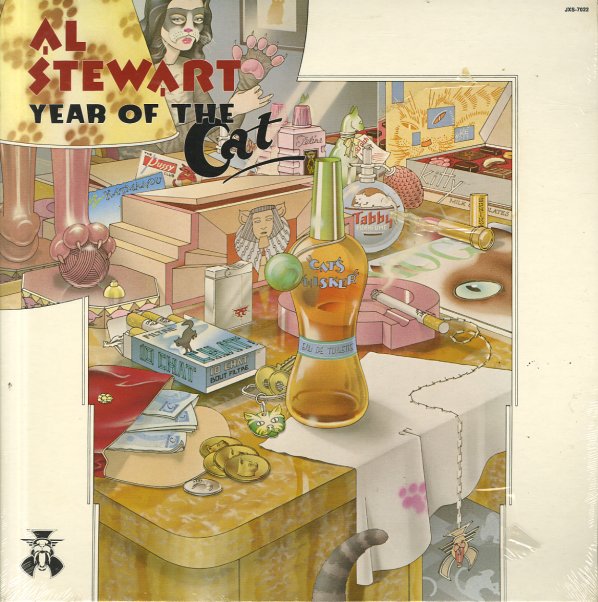 The biggest record that Al Stewart ever cut – as you no doubt know from the oft-played title track – but a set that also stands as a great testament to all the many years he'd been crafting fine music before fully getting the recognition he deserved! Stewart's got a way with words that's like few of his contemporaries – maybe a bit like Donovan, with whom he shares a similar vocal approach – and also a clear early love of Bob Dylan, yet an immediate evolution past that influence – so that the whole thing is very much in a world of Al's own, with some slight 70s mainstream production, but not enough to soften the music into more mainstream AOR – despite the fame of the hit. Titles include, of course, "Year Of The Cat", plus "One Stage Before", "Flying Sorcery", "Broadway Hotel", "Lord Grenville", "If It Doesn't Come Naturally Leave It", and "Midas Shadow". CD features the bonus track "Belsize Blues" – and a full bonus live concert, recorded in Seattle in 1976, issued here for the first time ever.  © 1996-2022, Dusty Groove, Inc.
(45th Anniversary Edition with a bonus live CD!)