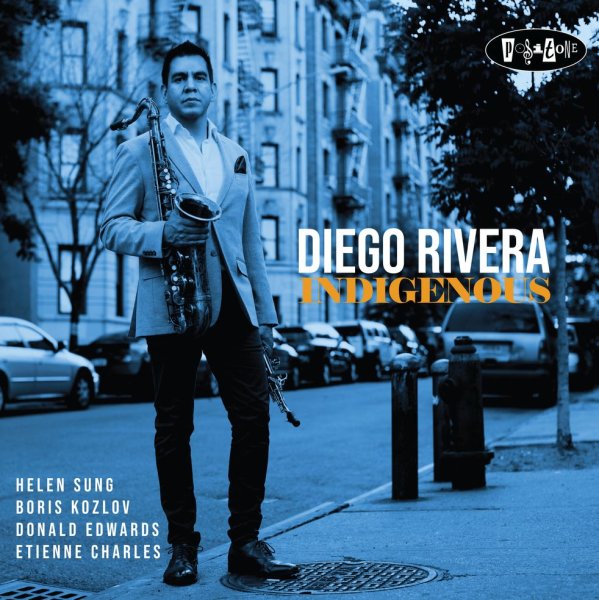 Diego Rivera's a hell of a tenorist – and he plays a bit of soprano too – packing a heck of a lot into just a little bit of space, almost with the mix of hardbop and soul jazz we'd hear from 60s favorites like Benny Golson or Jerome Richardson! As with both of those artists, Rivera's got a way of making his presence known right from the start – but then never needs to overstate himself – as his playing is always right on the money, with just the right notes along the way – supported here by a crack quartet that features Helen Sung on piano, Boris Kozlov on bass, and Donald Edwards on drums – plus trumpet from Etienne Charles on three of the album's twelve tracks. Many tunes are originals by Diego – just the right material for his balance of expression – and titles include "Indigenous", "Sombras Del Pasado", "Secret Life Of Plants", "Melina Maria", "BLM Plaza", "Shir Lashalom", and "Purpose".  © 1996-2023, Dusty Groove, Inc.