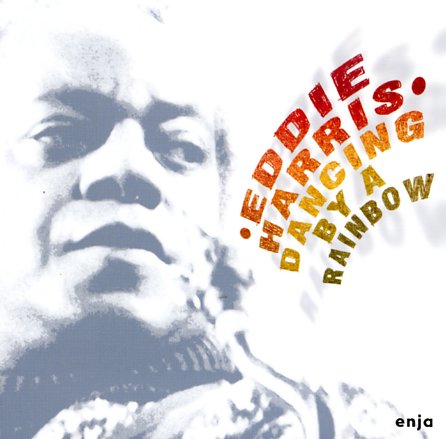 Dancing By A Rainbow

A lovely later set from Eddie Harris – proof that his groove was still going strong years after his bigger fame on the scene! The set here features all original work by Eddie – some titles we know from classic albums, but a few others we don't easily recognize – all of which work together to make for a really fresh batch of material, and hardly the sort of overplayed standards that some jazz players resort to in their older years. The group's a relatively youthful one – with Nolan Smith on trumpet, Ronald Muldrow on guitar, Jeff Chambers on bass, and Gaylord Birch on drums – and Eddie himself plays piano in addition to his usual tenor sax. Titles include "An April To Be Remembered", "Dancing By A Rainbow", "Set Us Free", "The Grand Strut", "Mean Greens", "You Are Not The Right One For Me", and "It's Just Fun & Games".  © 1996-2021, Dusty Groove, Inc.
(Part of the "Enja – Real Jazz Classics" series!)