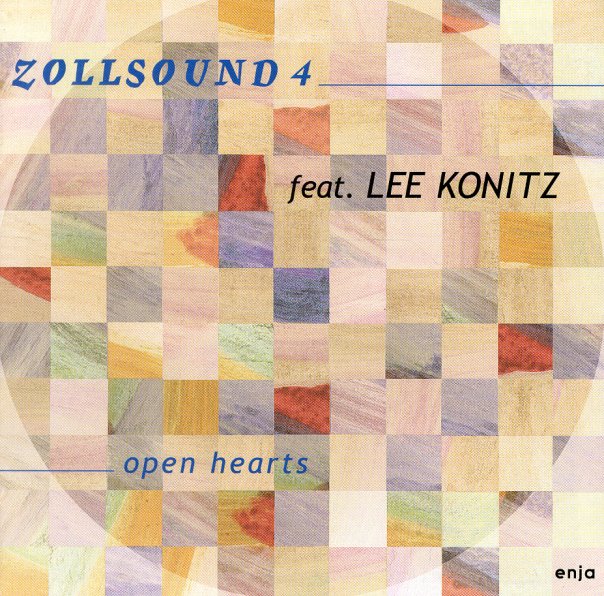 A really unusual setting for the alto talents of the great Lee Konitz – and a group whose unique format really takes him back to the sonic experiments of his early years! The combo is led by baritone saxophonist Thomas Zoller, who also wrote most of the music for the set – and other players include Bill Elgart on drums and percussion, and Carlo Mombelli on fretless bass – an instrument he manages to use without to much flash or fanfare, so that he's respectfully shaping the darker currents in the back of the group's sound – while some of the main energy comes from the interplay between the two saxophonists! The balance of Lee's crispy heights and Zoller's deeper tones is wonderful – almost evoking some 50s modern baritone experiment from Gil Melle or Gerry Mulligan – but the overall execution is more contemporary too. Titles include "The Call", "Unisono", "Open Hearts", "Illusion", "Love & Simplicity", and "Vrindavan".  © 1996-2021, Dusty Groove, Inc.
(Part of the "Enja – Real Jazz Classics" series!)