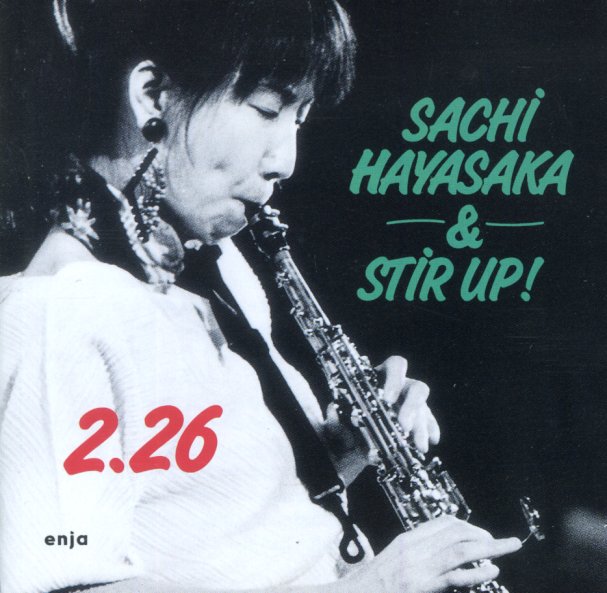 The group here is named Stir Up, and that's definitely what they do alongside the soprano and alto of Sachi Hayasaka – often hitting these full, intense passages of sound – sometimes free, sometimes more rhythmic – served up with a lineup that includes Tatsuya Sato on tenor, Toshiki Nagata on bass, Ken Tsunoda on drums, Tomohiro Yahiro on percussion, and the great Yosuke Yamashita on piano! Sachi's maybe a bit more inside than Yosuke's famous reed partner from the 70s, Akira Sakata – but she's also got this ability to move between freedom and structure in a really great way – which keeps things interesting throughout, as the group move through titles that include "Yellow Monk", "Children Children", "Heso", "Bubble Net Feeding", and "Take Care Of All My Children".  © 1996-2021, Dusty Groove, Inc.
(Part of the "Enja – Real Jazz Classics" series!)