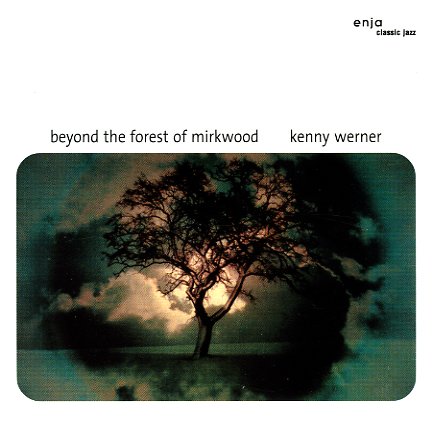 Beyond The Forest Of Mirkwood

The Mirkwood in the title is a reference to Middle Earth – maybe a nicely fantastic tag to mark the special quality of this solo album from pianist Kenny Werner – although the proceedings are much more personal than epic – and very much in the best spirit of the Werner's fluid lyricism on the keys! The tracks are all originals, and hold us completely rapt from the very first note – almost painterly in approach, with an open sense of structure, but never too much freedom either – that special place that Werner could sometimes hold as a musician who came into the world after barriers were knocked down, but who also knew when to put them up at just the right points. Titles include "RCs", "Perilous Journey", "Bell's Bounce", "The Hobbit", "Conquest", and "The Ooold Ranger".  © 1996-2021, Dusty Groove, Inc.
(Part of the "Enja – Real Jazz Classics" series!)