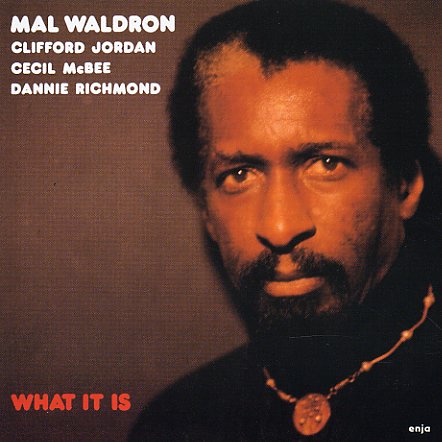 A great one from pianist Mal Waldron – a set that marks that renewed sense of energy he found as the 80s approached – a move back to some tighter forms in terms of the inside/outside edge of the improvisational spectrum – but still with some of the freer spirit he'd unlocked in the 70s! The tracks are all nice and long, and are forged by a quartet that features Clifford Jordan on tenor, Cecil McBee on bass, and Dannie Richmond on drums – a group who definitely have some of the spirit of Jordan in this setting, but with all the deeper tones that Waldron can bring to a date. Jordan is tremendous, and the album features three long tracks – "Charlie Parker's Last Supper", "Hymn From The Inferno", and "What It Is".  © 1996-2021, Dusty Groove, Inc.
(Part of the "Enja – Real Jazz Classics" series!)