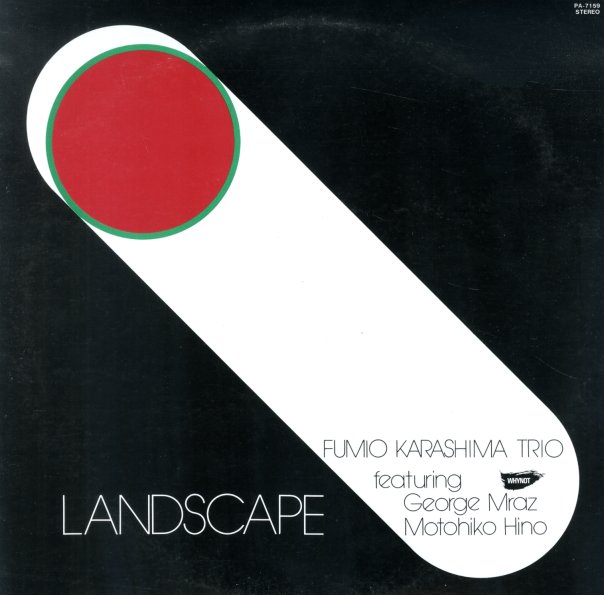 We love the 70s work of Japanese pianist Fumio Karashima – and this album is one of our favorites from the decade! Fumio's got this way of being both bold and lyrical at the same time – long flows on the keyboard that are partly in the school of McCoy Tyner, but used to transform the more personal touches of an older scene like Hank Jones or Tommy Flanagan – really bursting forth here with long tracks that bristle with the new sort of imagination that the Japanese scene was unlocking at the time! The rest of the trio is equally great – with George Mraz on bass and Motohiko Hino on drums – and titles include "Tears", "Revlis", "Landscape", "The Fall", and "In My Usual Wal".  © 1996-2021, Dusty Groove, Inc.
(Part of the Nippon Jazz Spirits series!)

Lord Riff And Me
Why Not (UK), 1987. New Copy
CD...$11.99 12.99
One of Chico's greatest recordings of the 80s – and a hip Japanese-only set that also features work from his father, Von Freeman! The set's a no-nonsense batch of tracks that bridges Chico's spiritual avant leanings and Von's roots in a Chicago hardbop tradition – and the rhythm group ... CD