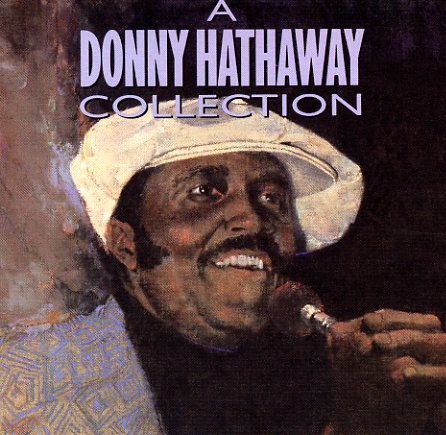 Also available
Donny Hathaway — Donny Hathaway Collection ... CD 7.99
Pure genius from Donny Hathaway – a 70s soul giant who burned brightly for just a few years, then was taken away from us all too soon! In our book, Donny is every bit a giant of the decade as Marvin Gaye or Curtis Mayfield – and you'll hear work here that easily matches the best of both, topped with some of the musical complexity that made Hathaway such a budding talent in the studio – ready to give his gifts to so many, and be shared with the world! Every cut's a gem – and titles include "The Ghetto", "Giving Up", "Someday We'll Be Free", "To Be Young Gifted & Black", "A Song For You", "What's Going On", and "I Love You More Than You'll Ever Know" – as well as Hathaway's Holiday classic "This Christmas" – maybe the tune that most people know the best. Also features famous duets with Roberta Flack on "Where Is The Love", "The Closer I Get To You", "You've Got A Friend", "Back Together Again", and "You Are My Heaven".  © 1996-2022, Dusty Groove, Inc.